This can be a digital or "analog" assignment; I got the idea from a silly question I overheard in the Advanced Computer Graphics class I began teaching in January 2015, wherein one student leaned over and asked another, "How do yo spell 'trellis?'" At which point I began chuckling, and interjected, "Dude! You're sitting in front of a computer! Google it!"
So I looked it up, and discovered I didn't know how to spell it either (thankfully, Google corrected me), but when I clicked on "Image," got this google result, and an idea for another lesson plan. 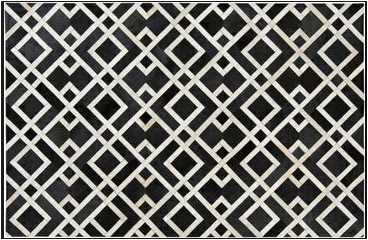 It might get a bit tedious if students had to do this by hand, but on the computer, it's a matter of mathematical "cypherin'" as Jethro Bodine used to say on the Beverly Hillbillies, using a square, and then figuring out where the lines meet at the edge. As I recall, I did a similar exercise in the Computer Graphics class I took at Long Beach State, back in 1983. Adobe Illustrator would be ideal for this kind of project.